Wonders will never cease when it comes to space, at least not anytime soon looking at the latest developments in astronomical science. The remarkable achievement by scientists at JPL on coming up with a mechanical machine that could explore Venus has seen most us beginning to celebrate. But even before the celebrations kick off, we are reminded of the many unanswered questions surrounding Fast Radio Bursts (FRB). 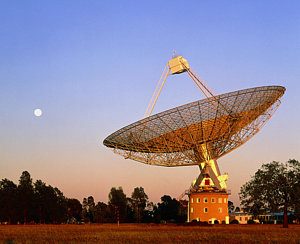 But of late, there have been some developments which gave a sigh of relief to astronomers. The Australian Parker radio spotted a radio burst in 2015 and another in 2017, and with it, we got some clues at least about the distance. Some not very shocking (as space discoveries are filled with mysterious or rather shocking news) revelations are that FRBs originate from far, very far indeed – 6 billion light years away. The latest to be spotted is FRB 150418 and FRB 170107 respectively – last part of the name derived from the date it was discovered, starting with the year. This shows how radio bursts have come to be frequent nowadays.

The latest to be spotted this year happened during a four-day pilot survey of the skies using the $188 million CSIRO telescope. FRBs are extremely short sparks of radio waves from very far. This particular FRB, in a millisecond, ejected about the same energy that the sun releases in 2.5 years. Radio bursts were first detected by Parker radio telescope in 2007 and since then a couple of them have since been discovered, but there is no information yet as to what causes them. The bursts of radio waves are almost similar to the ones emitted by pulsars. Pulsars are the remnant stars of the large, normally dense, rotating neutrons. For FRBs, they rotate with clock accuracy thereby sending a repeating signal out like a rapid metronome. 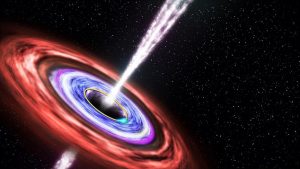 Are they gamma ray bursts, which are equally mysterious flashes of energy? Not so, because at least technology has helped nail something about gamma rays. It is believed gamma rays happen due to merging neutron stars. Different scientists have tried to give their version of the story but none want to commit to having reached any helpful conclusions as to what FRBs are. Dr. Jean Pierre Macquart of Curtin University was non-committal when asked to comment on what he believes the FRBs are. Though he has authored the topic in his writings, as if to avoid the answer, his approach was that the universe has more imagination than we do. Just like Dr. Jean, other scientists also refused to express any constructive opinion on the matter. Dr. Bannister, a CSIRO astronomer who was among those who spotted FRB early this year, was quick to affirm that they saw it but when asked to explain what FRBs are, his response was not to the affirmative, he refused to give an opinion fearing that the universe might make a fool of him if he tried to do so.

But for ASKAP having discovered FRB 170107 in such a short survey means the world is heading in the right direction and this machine will help discover more fast radio bursts which might lead to more discoveries. ASKAP is so far the best instrument to hunt for FRBs it seems and so far has helped capture two of them.

It seems FRBs are more frequent, but what was lacking was an instrument to capture them and Dr. Bannister believes that once they start using 12 dishes, they will be able to discover one every two to three days. With this, they can then try to determine more exactly where they are, said Dr. Macquart.

ASKAP used 8 of its 36 interconnected dishes in the four days pilot to discover the FRB 170107, which shows that FRBs are more common and with this technological breakthrough we are optimistic that we will finally be able to have a solution to the most of the unanswered question regarding FRBs.