An early concept image for the Automaton Rover for Extreme Environments (AREE) featuring a legged design. 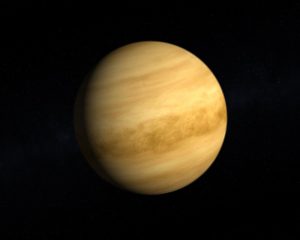 Venus can only be described by one word, hellish, though it shares the same characteristics with the earth like mass, density, gravity, composition, and size, the planet has an extremely harsh environment. The temperatures are unbearable, hitting highs of 462 Â°C, its atmosphere is filled with carbon dioxide clouds of sulphuric acid and the heavy atmosphere exerts pressure on its surface almost 90 times the one exerted on earth. This and many other conditions make it very difficult to explore even by the most sophisticated space agency. 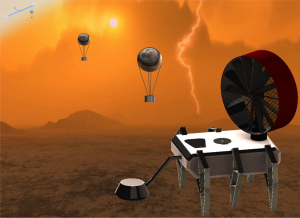 An automaton rover combines ancient mechanical computers with modern manufacturing technology to create a design without electronics, enabling exploration of the most extreme environments in the solar system.

But this could change soon, as NASA is working round the clock to have a machine that can withstand all the conditions and manage to navigate the planet. This is happening at its Jet Propulsion Laboratory (JPL). With the use of Automaton Rover for Extreme Environments (AREE) and substituting electronics for clockwise mechanisms, the machine will manage to undertake tasks while on the surface of Venus for longer periods.

In the earlier days of the Soviet era, Vega and Venera programs had made successful landings on Venus though they could not do much after that. It was difficult for those probes that made it to Venus to complete their missions owing to its harsh environment and they only survived there for not more than 127 minutes before the electronics failed. Extreme temperatures melt the machine components, especially the outer castings, while the sulfuric acid corroded the electronics causing them to fail.

Understanding this, Jonathan Sauder, JPL’s mechatronics engineer thought of a solution to counter the problem and that’s when the idea of clockwork rover tinkered. Definitely, Sauder and the team had researched enough the history of other successful mechanical calculators like the Pascal Calculator and the Arithmetic machine, which worked perfectly and accurately in the past, although analog. The only way to explore Venus with its hellish conditions now is through reverting to analog systems it seems, and at last engineers at AREE are going to make it happen using this mechanical machine which will have a hardened metal structure which will help withstand the harsh conditions and therefore survive there for longer.

Sauder in a press statement expressed his optimism that the mechanical rover will survive for almost a year on Venus. This is a great breakthrough because finally, it will be possible to learn more about Venus and help unveil several mysteries hidden in its geological processes and also learn about its surface conditions. There also exists a lot of interest to know why Venus volcanoes are currently fewer than earth’s, despite existing evidence that earlier in history they were numerous, it’s strange absorption patterns are another area of interest.

The concept of a mechanical machine was first proposed by Sauder in 2015 but had to be assessed by the NASA Innovative Advanced Concepts (NIAC) program together with 12 other proposals. Afterwards, AREE was selected for phase 1 and $100,000 given to Sauder’s team in 2016 to assess their concept’s feasibility.

AREE will have to rely on analog systems for power. Venus is rocky, has craters too and therefore to navigate it is a challenge. To address this, Sauder’s team is using the technology similar to that used during WWI when tanks designed to traverse difficult terrain were made. At first, Sauder thought of using Strandbeests technology – a technology that uses wind-driven gears to move and later they thought of using a spider-like robot for movements, but the ideas were dropped considering Venus’s rocky terrain. They finally settled for treads.

Morse code is the technology AREE will use for communication; there’s an orbiting spacecraft which pings the AREE using radar, and the rover then communicates by reflecting signals off the targets.

If the rover succeeds in its mission on Venus, it will be the first to explore Venus’s surface since the Cold War. There’s nothing much known about Venus apart from what was gathered during the Soviet-era and therefore an idea to explore the planet is a weighty matter as Evan Hilgemann, an engineer with JPL, notes.

Currently, the AREE rover is in the second phase of development and they are now prototyping and refining parts of the concept. There are plans to have the rover carry out more tasks in the future and the team is considering having rover drill and collect geological samples.

Scientists now have a reason to smile, as the AREE rover will be in a position to survive on Venus for up to a year, and soon will be able to collect samples, thereby opening more avenues to learn more about Venus.